Updates to Larry's profile since your last visit are highlighted in yellow. 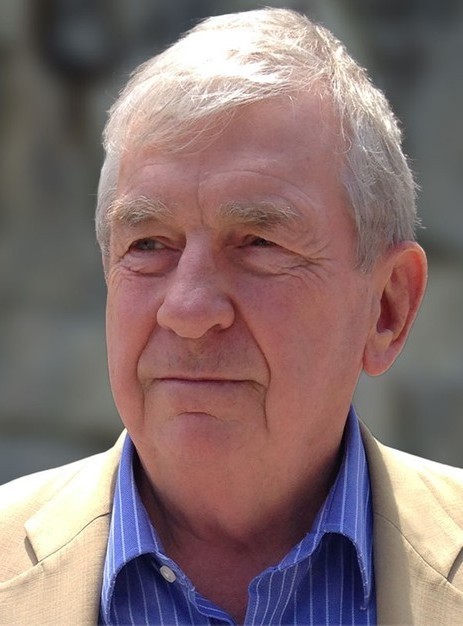 Two children live in northern Virginia; one child in the UK (USAir Force Pilot); one in New York; one in California. Have 9 grandchildren, 3 boys 6 girls. Graduated with BA and JD from the University of Idaho. Passed the Bar Exam in Idaho and left for Washington, D.C. Worked for SEC 1967-1975; Westinghouse Electric Corporation, Pittsburgh, PA, 1975-1981; Sole practice and the Wraxall Group 1982-1984 Washington DC and London, UK; Senior Partner McGuire Woods, Washington DC and International General Counsel, Lorwest-Ltc, (joint ventures between Westinghouse , Pittsburgh, Boeing, Washington, and the Wraxall Group, London and Bath, UK, Rotterdam, Bermuda and Barbados), 1984-1997; Sole Practice Washington DC and UK 1997- Washington DC and UK 1997- 2005; Sole Practice and start up businesses 2005 to present, Washington DC. Secretary and General Counsel to the National Coal Council, Advisory Committee to the Secretary of Energy;
Washington D.C., 1984-2014.
After practicing law in various capacities (most lawyers keep practicing forever as they apparently never quite get it right) I moved full time into my next career. About 4 years ago I started a commercial UAV company here in VA. The purpose of this company is to utilize technology and expertise developed in the US Air Force in warfare activities and apply them in the civilian world. We sell UAS systems, providing ISR (Intelligence, Surveillance and Reconnaissance) to countries and entities who need this assistance to protect their strategic assets. Think of pipelines, transmission lines, animal herds, forests, etc. This is an exciting business and we think we are well positioned to deliver the highest level of expertise that exists. All of our operational people are ex-military and we have the Air Force Personnel who wrote the books, literally, on aerial warfare. I assumed if our people could solve military problems they could certainly solve civilian problems. No, we don't drop bombs or shoot missiles. We provide intelligence. Well, enough of this. At my age I figure if I didn't have this to consume my time I would probably be gone. So…If you want to know more call or write me. Loved the reunion. Sorry I couldn't spend more time with those I spoke to. Next time, I hope. PS. For the first time in decades we will have 3 of our 5 boys living here this Christmas, and 7 of our 9 grandchildren. I never realized that one could survive this much noise, Thanksgiving was chaos, but fun. Merry Christmas to you all.
I got my start in the international world through a 2.5 year mission to The Netherlands and Belgium. In those days there was no MTC so I had to learn the Dutch language on my own. It was this experience that made me a more serious student; the improvement in my GPA was remarkable after I came home. I enjoyed college and got two degrees in six years. I was tired of being poor and wanted to get on with it when I returned from Europe. In the ensuing years I have spent a lot of time in Europe and calculate that I have lived there a little over 5 years, counting my mission. My new business has me traveling again in my old age. I went to West Africa last spring for discussions of a project to use our UAV service in aid of anti-elephant poaching efforts. Loved the reunion and hope that a gathering of sorts can happen again in the near future, before I move on. Bear Lake was a great place for my first 18 or so years; after that my vocational interests took me out of my beloved west. Skiing and family have brought me west many times. Now most of my family is gone and I have an artificial knee so haven't skied lately. Thanks to all of you who said hi to me at the reunion. Didn't have time to talk to as many folks as I would have liked. Missed seeing Brent and Lynn especially.
This is an update on my kids. Bruce, the oldest, lives in Old Town Alexandria and is very pleased with his position at Adobe where he finally found his niche. Eric is is California near his two kids, Rick is still in NYC, as a TV producer, and Russ is a Captain for United Express Airlines, and a Lt. Colonel in the USAF Reserve, and lives about 15 minutes from us.

On a certain New Year's Eve several members of the basketball team invited me to join them for a party at a certain Restaurant on the Idaho Wyoming border. Facing a rather boring evening with no date (I recall that it was snowing hard) I would have gone along for the festivities except that my good buddy and our center Lynn Skinner said his date, Elvon, had a cousin coming up from Logan and needed a date. I switched plans and joined Lynn, Elvon, and Carolyn Tueller. The next day a vicious rumor broke out that I, and a number of members of the team had "broken training" on that occasion, resulting in discipline. I'm sure that the only people in the entire school who believed my alibi were Lynn, Elvon and the other guys who had no such air tight alibi. I got lucky. What is the old bromide, "Better to be lucky than good". Worked for me.

Can anybody ID any of these people. I think this is the class of 58 when they were in Jr High.

Larry Grimes
Larry Grimes has left an In Memory comment for Kay Dunn.

I feel that the short bio entered for Kay considerably understated his accomplishments, and I am sure I didn't know but a fraction of them.  Kay was a "one off" type of guy.  He would sit in some classes doodling math problems but ignoring what he was supposed to be doing.  Most of us were not aware of his intellectual firepower until he was announced as one of the five! National Merit Scholarship Semi-Finalists from our class.  For those who may have forgotten, that number of winners placed MHS Class of '58 among the highest ranks of all of the High Schools Clases in the US; I believe it was the highest number of winners for any High School in the entire West.  The other winners from MHS were Nolan Clark, Lance Taylor, Joan Ream and Linda Crane.  Cudos to them.  Kay was the surprise to me as he didn't push himself very hard in High School and didn't come out with particularly high grades.  As a consequence he wasn't accpepted at some of the Name schools but ultimately matriculated at Tulane in New Orleans.  I lost track of him from there so if any of the readers of this note can add to the post college career of Kay please do. Kay certainly marched to a different drummer but I respected and liked him a lot.  He was a credit to his family.  Larry Grimes, March 6, 2019.

Loved Linda Crane.  Shared school experiences with her at MHS and some with her Mom and Dad.  Wish I had spent more time with her post schooling.  Understood from a distance what an outstanding intellectual/artist she was.  So sad for all of us when she lost that cancer battle.  I sort of felt hopeless when that happened as I   didn't even know her kids, nor former spouses due to my remote locations.  I certainly believe that I will be able to make up for my misfortune in the next existence, whatever that is.  I hope so.  Larry Grmes

PS  If any of her kids see this please know that Linda marched to her own tune and was outstanding!